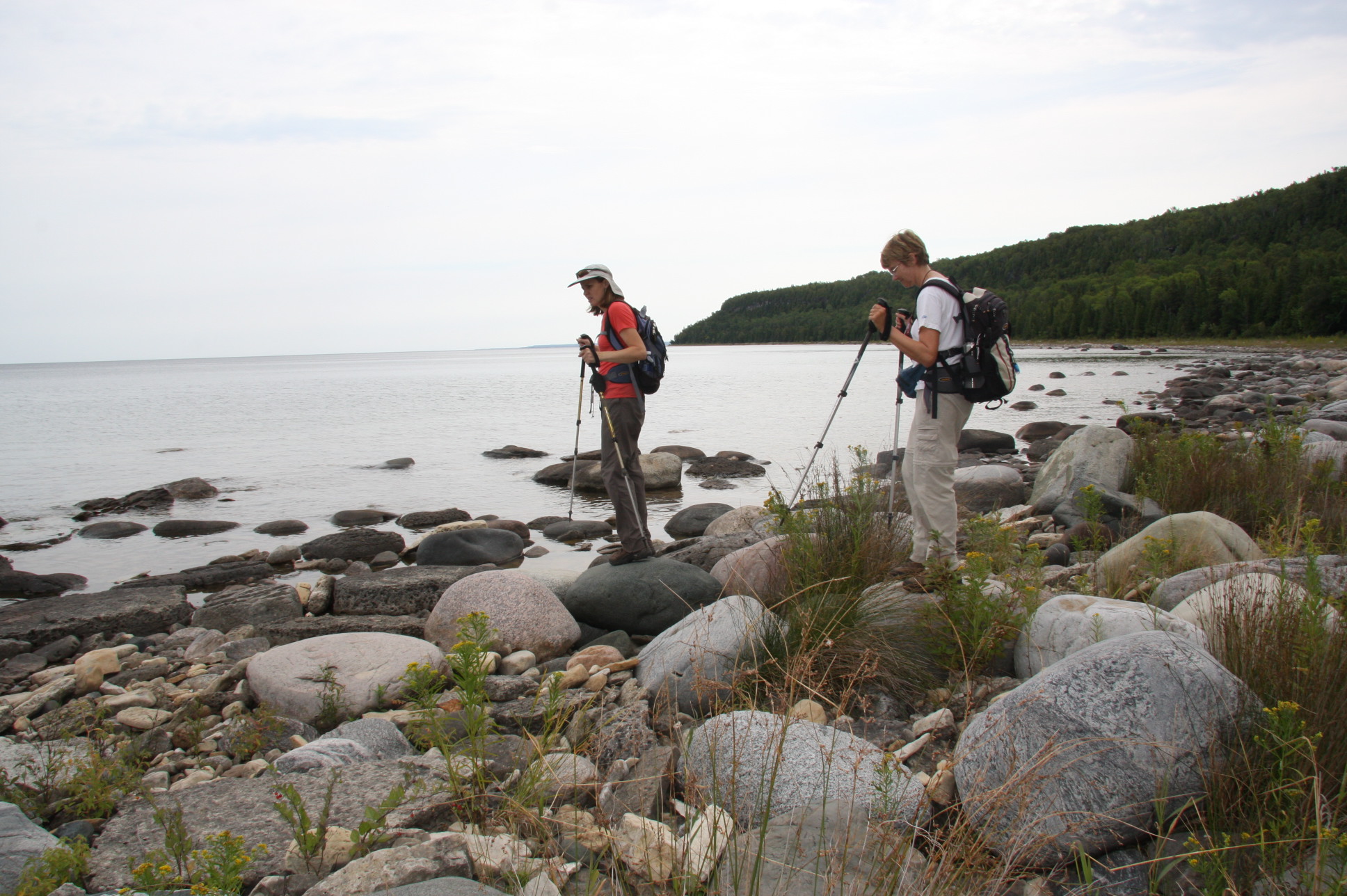 Can a Rock be Erratic?

Yes. An erratic rock is one that differs from the surrounding rock and is believed to have been brought from another area by glacial action. And there are lots of them near Lion’s Head, Ontario.

The last glacier to pass over the Bruce Peninsula eroded many of the weaker strata and left the resistant dolomite of the Lion’s Head Peninsula standing. A well-researched paper written in 1973 depicts the whole peninsula as an island at one point.

Along the 1km stretch from Lion’s Head Point on the northwest to Gun Point on the southeast, there are three distinct zones. From these two points, moving successively inward to the centre, Zone 1 is dominated by uniform dolomite, followed by a transition zone of coarse sands with dolomite and limestone rocks. The centre zone consists of erratic rocks; carbonate and non-carbonate rocks in a variety of shapes and sizes. Just northwest of this is a small inlet named McKay’s Harbour, a popular lunch spot for Bruce Trail hikers and a challenging 100-metre cliff face for rock climbers. This, combined with the view across Georgian Bay, make this a spectacular setting.

The beautiful erratic rocks are most likely the result of the Wisconsin Glaciation. Studies have shown that the Bruce Peninsula would have come under the influence of an ice standstill and possible readvance just prior to the last full retreat of the Laurentide Ice Sheet. It is likely that the erratics represent blocks of bedrock picked up by the moving ice from points east of their current location. The boulders have undergone substantial weathering from chemical and physical effects resulting in the huge variations in size and shape. Finding the exact source of the erratics would involve much more research than is currently available, but it is almost a certainty that glacial processes have caused the basic form of McKay’s Harbour.

They’re fascinating to look at, even for a casual hiker. Some are striped, some are speckled, some are solid grey. Some have pinkish-orange flecks, some have black streaks. Some are huge and rounded, some are flat and jagged.